From our partners at The Cincinnati Insurance Companies – by Tara Chambers 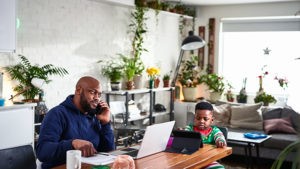 Every business – no matter how small – has exposures that can be protected by D&O insurance.

Owners of private companies without shareholders often believe they do not need directors and officers liability coverage. The misconception takes hold, I believe, because small, privately held companies often have no formal board of directors or shareholders – which seemingly limits exposure to lawsuits and dismisses the need for D&O liability coverage. While logical, this could not be further from the truth.

Think of D&O insurance as coverage for management decisions – regardless of the presence or absence of a formal board of directors. Who makes the decisions? That’s who needs protection. A D&O policy covers ALL employees and provides coverage for decisions these individuals make on behalf of the company.

Who would bring an action against a company? I bet your immediate thought is shareholders. And, you’re right. But it does not stop there. Anyone who believes they have been harmed by the actions of a company can take legal action against the company and its decision makers. This can include claims from:

Lawsuits brought by creditors, the government and regulatory agencies, while routinely overlooked, can devastate a business. The reason? Once they pursue legal action, it can put not only the company in jeopardy of surviving, but also the personal assets of those involved. Even if there is a finding of no wrongdoing, defense costs typically reach well into six figures and can cripple a small company and personally bankrupt individuals.

It’s a severity issue, not frequency…

Every business – no matter how small – should understand they face exposures that can be protected by D&O insurance. D&O liability is a severity issue, not a frequency problem. Most businesses will not have a D&O claim arise but, if they do, the cost to defend against allegations could put them out of business if not properly insured.